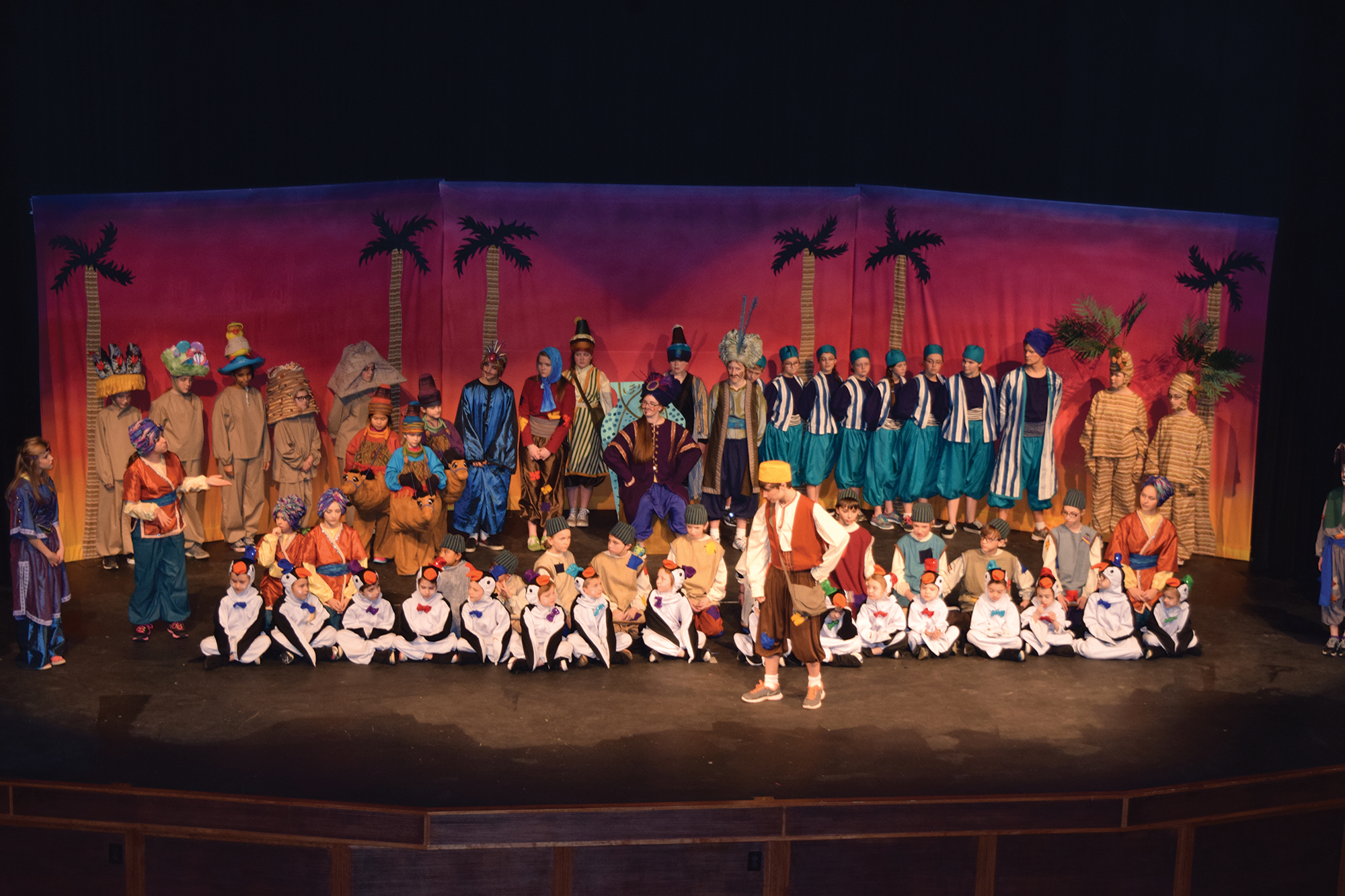 This season, Monroe Area Council for the Arts celebrates twenty years of memorable performances with Missoula Children’s Theatre (MCT). In the past two decades, countless memories have been made as children of all ages throughout Monroe County audition, rehearse and perform an imaginative and entertaining play directed by MCT tour actor/directors.

“Missoula Children’s Theatre has been a part of our annual performance series for twenty years, positively impacting the lives of our local children,” said Alan Jackson, Executive Director of MACA. “What they accomplish in one week is amazing. The shows always delight an audience of all ages. We are thankful to share this great children’s theatre in our community.”

From the initial performance in 1999, this event has offered kids a chance to perform on stage in front of hundreds of people, including local schools and a general audience of local residents. This opportunity has been instrumental in providing not only on stage direction but a path toward future endeavors in the performing arts.

Mia Sage Lowry Beason of Madisonville is a testimony to the impacting experiences of MCT. When Lowry Beason was just a small child, her parents knew they had an imaginative young lady on their hands. Lowry Beason’s flair for acting was apparent, as she was often found in elaborate outfits from her mother’s closet, practicing favorite Disney film dialogues.

The Monroe County native’s affinity for the theatrical lead her to a Missoula Children’s Theatre audition when she was in fifth grade, and that moment changed her life in a number of ways.

“For my life, theatre has been a journey of personal development. I would have never found my true self or had the confidence to speak in front of people without the opportunities I was given with the MACA and Missoula Children’s Theatre,” said Lowry Beason.

Lowry Beason’s debut performance for Missoula Children’s Theatre in 1999 was the role of Mom Munch of the Munch Kin in the performance of “Wiz of the West.” “It was a small group that year. Over time, auditions for Missoula performances through MACA have grown to the point that it’s not uncommon
to have more than a hundred children trying out for roles,” said Lowry Beason. “I loved
the audition process. It felt like a game. The experience was so incredible, I knew theatre was the thing for me.”

Missoula Children’s Theatre is the nation’s largest touring children’s theatre, touring for almost fifty years with teams of actor/ directors. Lowry Beason has been a child actor, youth assistant director and a tour actor/director with the company.

“In sixth grade, I attended camp in Sealy Lake, Montana. We learned so much about touring and acting as a profession and worked on further developing our theatre skills. It was hard work, but I loved every minute,” said Lowry Beason. “After that summer I knew someday I would spend time as a tour actor/director. I never knew I was funny. I discovered so much about myself. Public speaking is one of the biggest fears for most people. Having a chance to overcome that from a young age is such a valuable experience in itself,” said Lowry Beason.

After earning her degree, Lowry Beason returned to Monroe County and to the classrooms she had known a child. She soon realized her experience with Missoula had influenced her teaching methods. During the summer, Lowry Beason worked with MCT from daylight to dark. The program emphasizes the importance of each child’s experience. Lowry Beason says that emphasis on the child’s experience has become a major focus as a teacher.

“When I came back, I was a different teacher. Being a part of Missoula really impacted the way I teach. I have been fortunate to have had the presence of Monroe  Arts performances, events and activities throughout my school career. The fact that this community chooses to wrap their arms around the children and let them shine is a very special thing.”

This year, MCT will arrive in Monroe County to embark on an adventure with the legendary Robin Hood, Maid Marian, the Sheriff of Nottingham and a host of others in a musical wonderland as the Missoula Children’s Theatre and
more than 50 local students present an original musical adaptation of ROBIN HOOD. The time of the performance is simply long ago, and the place is the magical, mythical Sherwood Forest. Our hero, Robin Hood, and his Merry Band
of colorful characters seek the help of the Foresters, manage to waylay the Aristocrats and set out to rescue Maid Marian and Marian’s Maid. Prince John tries to stay calm as his Sheriff, guards and horsemen botch Robin’s arrest, thanks to the aromatic Skunks. Wacky humor and an original score add to this fresh new look at a legendary outlaw in a legendary time.