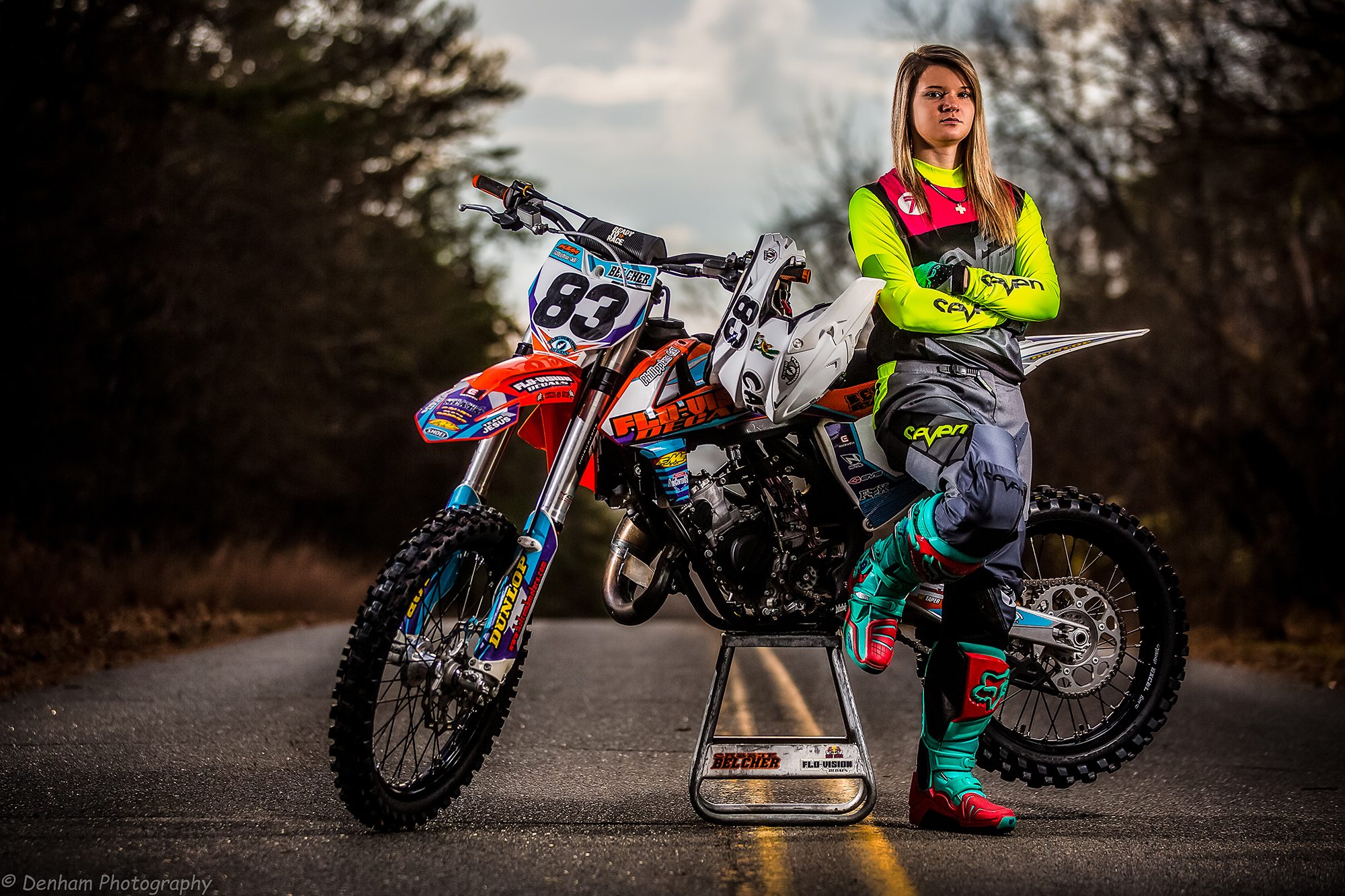 In East Tennessee, if you hear of a high school senior girl that has become a successful athlete, normally you’d be talking about cheerleading, basketball, or softball. Sequoyah senior Cassie Belcher, however, decided to take a different track to success.

Both figuratively and literally. Cassie’s track is the dirt and dust filled hills and turns of motocross dirt bike racing where she won the Tennessee State Championship in her class last season and is looking to uphold that championship in the upcoming 2017 season.

Cassie is the daughter of Shelia and Lance Belcher of Madisonville. Instead of weekends of travel ball they spend weekends traveling to tracks supporting Cassie at race tracks all over the southeast. “The love of riding came at the age of 5 when she got her first bike. She’s always loved to ride and get muddy” says Shelia.

They started taking Cassie to the local WMMX track in Sweetwater in 2014 where she started learning how to maneuver through the turns and jumps. This is where her passion for racing started to grow with every minute she got on the track. The fever grew to the point that she wanted to start racing so she started training even harder and even helped the owner at WMMX with weed eating and mowing at the track to get him to help train her. They started entering several races close
to home between 2014 and 2015 and with each race improved over  that span.

To raise her game to the next level Cassie traveled to South of the Border MX Motocross Training Facility in Hamer, SC where she lived and trained for 2 months in all facets of racing. This was no walk in the park training either. Her days would consist of getting up early and doing physical training in the gym followed by track riding for most of the day. When they were done riding they would be trained on bike maintenance and had to do the upkeep and cleaning of their own bikes every afternoon. Then another round in the gym in the evening. She was home schooled while at SOBMXM and had to do homework late at night or sometimes during her lunch breaks.

Since then her goals were to pursue a Tennessee girls state championship and to qualify and race at the Amateur Nationals at Loretta Lynn’s Dude Ranch in Hurricane Mills, TN. In the process she has raced in 10 different states and at big races like Mini O’s in Gainsville, FL, South of the Border in Hader, SC, Daytona Supercross in Dayton, FL, Red Bud in Buchanon, MI, Iron Man in Crawfordsville, IN, and Lazy River in Dalton, GA. Along the way she has met and made
a lot of amazing friends including training with WMX standout Shelby Rolen, top 5
in women’s pro motocross, where they traveled all over the southeast track to track training and racing.

In August Cassie reached one of her goals by qualifying and racing the Amateur Nationals at Loretta Lynn’s. This was a huge achievement for her. She then followed that up by tallying the most points over a 10 race season, winning most of those 10 races, to win the 12-16 Girls Mega Thor Series Championship. She then secured her second goal of becoming the Tennessee Girl’s State Champion by winning at Muddy Creek Raceway in Blountville, TN. The road was tough on her physically as well having to race through broken ribs and a finger during those 10 races and concussions. What a test to her determination and perseverance.

“She’s working hard and training hard to see what 2017 has in store. Cassie put’s her faith and trust in God each and every time she gets on the track with a prayer before every race.” Proud mom Shelia adds.

Daytona 2017 is the next big race for Cassie in March. It’s pretty obvious that she will put in the time and effort to make the 2017 race season bigger and better than the last and we can’t wait to see where she goes from there.